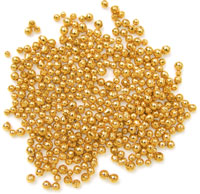 For the production of granules we can offer you two different systems.

These machines are developed especially for granulating of metal bullions into proper grains. They are used with a separate removable
granulation tank (no tank integrated) and are available with crucible sizes from 170 ccm up to 12000 ccm.

The major applications are

…under inert gas atmosphere or under vacuum

The GU micro series was developed for the production of micro granules with grain size of between 0.1 and 1.0 mm. 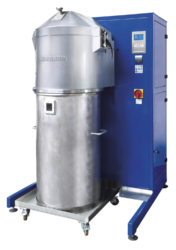 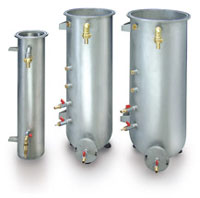 The optional equipment of a vacuum pressure or a continuous casting machine with a granulating tank is a suitable solution for time-to-time granulating jobs. Granulating tanks are available for all machines of the VC series from VC 400 on up to the VC 12000 and for all CC machines.
The main advantages of the new generation of granulating tanks: